You know your life is awesome when you have a happy woman in your life.

A woman has to know how to be happy, how to keep her good mood, but you also must know how to maintain it or how to bring back her smile when she doesn’t feel good. To be able to do this, you must know some important rules and anticipate what’s coming next according to your actions. 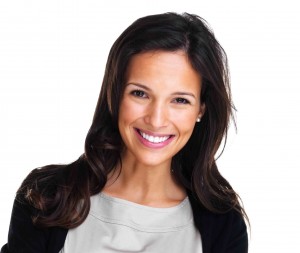 In many conversations when two people get to argue they do it either for a good reason, or about a stupid subject. When you aren’t getting anywhere, it’s time to put a break in there and start to rethink the whole action before it gets any worse. If you continue doing it wrong, the path you’re taking isn’t the right one.

A lot of energy is wasted for nothing, a lot of negativity flows through air and the people who get to argue consume themselves and start to feel worse because of the bad thoughts they get surrounded of and it happens because of their fault. One reason why this happens is because not everybody knows themselves the way they suppose to and when you don’t know who you are, you aren’t sure about your preferences and you tend to follow a crowd. Besides, it’s easy to follow some rules other people have set before without being judged by them that you aren’t doing good, by doing it your way. That sucks, really. And, besides, it isn’t attractive to a woman.

We should focus on our happiness and we should know better what brings us happiness. To enjoy it, we need peace in our lives, in our souls. When we have these, it’s easy to concentrate on what’s essential and, in our case, it’s essential to please yourself and your partner. Free your mind from anything that harms your mental state and that might harm your partner’s mood too. Also your partner should take care of this aspect too, ‘cause it’s supposed to be a mutual thing. It’s impossible to stay turned on while you have in mind what a douchebag of a boss you have back at work or incompetent colleagues that doesn’t respect their tasks nor deadlines and how much you struggle to work with that. Trust me, a woman doesn’t have to feel that bad energy you have there and you should ditch it before she even feels any of that. Enjoy your moment and think about her too, ‘cause you both wanted this from the first instance.

As bad as she might get you nervous, never tell her she is crazy as much as she might be! Nor tell her she’s fat even if she has gained a few 10 extra pounds! Seriously. If you wanna make a woman go cucu, tell her she gained some extra fat, but be sure you have made a reservation at a hospital or something before so you can get a proper treatment after. Believe me, those bruises aren’t going to heal any sooner.

The core of arguing is negativity. Once you identified the reason of it, go there and eliminate it. Now you should have more time to assimilate whatever she’s telling you to do to her in bed.

What brings you down on a beautiful day than a person who complains about everything? And how things should be and should not, at least in their conception. Each one of us has its own reality and my reality is different to yours, but somehow it’s similar. Even though you may be right, you shouldn’t always make it obvious ‘cause you don’t have to prove anybody anything. Just leave it that way and be thankful you are capable of having your own ideas and use them for your own good!

When the lady you are dating with doesn’t have the right plans for her life, be patient and communicate her as good as you can what you think she should know and what aspects were omitted. If you try to impose her anything, you should expect to receive some negativity, ‘cause imposing a free human being something it’s as bad as not trying to help her. So there is no good or bad, exactly, but it’s the struggle of keeping things in such a way that you are peaceful and happy and so the people around you. She might wanna start a fight, try to prove you that she is right, but you shouldn’t fell into that trap ‘cause it’s a stupid game of who’s winning and who’s not. Who the fuck cares? It’s about getting to know each other and to communicate what is good.

If you are in a long term relationship, never complain about her activity such as cooking. No matter how bad her dinner sucked, she gave the best out of her for you. If she wanted to poison you, she would have cooked just for you, but she ate the same thing too and she ate it all. It sucks to spend time doing something that you like or dislike and giving your best into doing it and suddenly there’s that person who has something against your stuff. It’s not cool and you ain’t getting any piece of that hot stuff. Besides, you wouldn’t want to receive that negativity either. Instead, tell her how much you appreciate her effort and next time you’ll be the one who’s going to cook for both. Then you’ll have to bring your best to impress the lady with your chef dish and explain her how did you do it and how she could improve herself.

As you know, a woman loves getting attention and you see immediately the result to that. She loves getting compliments about anything that relates to her life such as her activity and her looks. You can soften a woman by telling her what she wants to hear, even if most of them are lies, but keep working on her good self-esteem. We all need compliments once in a while and they charge us with good energy that helps us do what we want and finish our plans. When your lady suddenly doesn’t receive that dose of attention and support as you used her with, she is going to suspect there is something wrong and the first thought will be if she has done anything wrong. Then she will overthink and start to question if there is anything she can change about herself. Sometimes it works like this, but in some cases, actually most of them, we’re talking about cheating.

Humans have this possession feeling which is unexplainable if you think rationally. We hate the feeling of being someone’s possession, we hate when someone tells us what to do because they think it’s right for us. We have the same feeling with our parents when they tell us what to do, they activate those childhood memories when they told us to stop doing this and that, or imposing to do different house chores or homework. Though it was good for us, we always were taking it so personally that those people had something against us which is not right. So it’s not cool if you tell her not to talk to some people because you think they’re not right for her, but vice versa is available too.

If you aren’t happy with her, communicate what bothers you and try to change that. If not, just move on and let her find someone who she’ll feel good and also you. But don’t talk to other women or you’ll break her heart. Some guys hide this very good, some don’t and there’s that feeling of knowing something fishy is happening. You can’t take care of all the details when you have a career that you need to focus on, when you have a family that needs your support and a girlfriend or wife who needs you to be there. There shouldn’t be this thing such as she doesn’t understand me, perhaps it’s about you not knowing how to communicate what you feel and because of your fear of useless arguing, you don’t do it. Stop expecting things, try to make the best of your present and live.

As a conclusion, they’re all related to each other, the three rules mentioned today. It’s a cycle of events that can be avoid and can be changed into something positive.