How to handle a crush?

It’s simple: get over the last one lol. But, seriously, when you think of something, you get there connected and nothing can get you out of it unless it’s you, the main responsible for your mental state.Same thing happens with a crush. How can you tell it is a crush? Well you keep thinking about it almost all day long and you like everything that is related to that person you like. 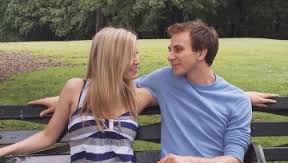 I had a lot of crushes and I know I will always have a crush for someone, somehow, I don’t know when, but I know it’s going to happen. And I know this happened to you and it will anytime.

So what’s it about these crushes we keep having once in a while with people we meet and connect so good that we have that illusion of knowing eachother since ever?

It’s not always about the aspect, but about the brain and synapses. It’s about brain on brain. It’s hard to find compatibility sometimes, when you are a complex person, but if you aren’t pricky, it’s easy to find that. But still, most of us overthink which makes it complicated to others, even to us, to understand what our needs are and the reason why we do it like that.

We tend to fall in love way much easier when we just had a breakup before knowing this new person, because we miss the advantages the old relationships offered us, things like attention, caring, cuddling, support, communication, seeeeexxx!!! Well, untill something went wrong and those beautiful aspects were all covered in mud. And it may happen to this new crush too, you may never know.

Is it cool to have another crush after the precedent? Well depends if that person is really hot and sharp and makes you smile all the time, I think it’s worth it, but magic doesn’t last long and you might find yourself in some illusion caused by alcohol, sex and bad decisions. As you know, most of bad decisions are made when you aren’t in your normal senses, like your judgment isn’t quite what it usually has to be. You may get tricked by appearances, by souls covered all up in a beautiful package that might mislead you into thinking that a person is beautiful, though it is on the outside, but the inside is all messed up and dirty.

When you have a crush, you feel in love, that’s the mood and all that butterfly effect in your stomach is not going to leave any soon and that’s awesome. But it’s a tricky path ‘cause anytime you tend to have expectations which are not cool, especially when you don’t know that person well and you don’t know his or hers intentions, and neither do you, I mean you can’t be sure if you should commit to a future relationship perhaps. This is the misleading part of falling in love fast, that you have that desire burning inside of you and you wanna consume it. Of course, it’s up to you what you’re doing, but think more than twice about those decisions of yours to not wake up in a story you didn’t thought about in the first instance, though it might of been pretty obvious, but you chose to be blind.

It’s cool to have just sex with that crush, without having any pressure nor mixed feelings and future commitments. It’s cool to have just fun sometimes and it doesn’t matter the sex you have, if you’re a female or male, it stands up for both. Besides, we have some hormones to handle and usually the hormone issue and cause some brain damage. Well, it’s nothing too dramatic, but still, it affects your judgment a little. We tend to be more grumpy and mean with anything surrounds us which is not good for us, nor for the environment.

What happens when the crush we have doesn’t share the same feelings with us? It sucks sometimes, especially when you are really into that person and you want it bad, but we’re so many people in this world with 70.000 of possible compatibilities out there, that you shouldn’t worry too much. Besides, you can play with your feelings, with your thoughts and start to feel that crush feeling for more than one person and you don’t have to fuck necessarily with all of them. Seriously, just enjoy your life and the people who comes by and appreciate every moment you spend on this planet. I got deep hahaha.

But what if the crush shares the same feelings that you have for it, but it doesn’t show you? That’s why we shouldn’t judge from the first instance and try to be curious of mind our business. We can’t force other people to do whatever we might want them to, only if we get connected in some level and we ask politely whatever we want. It’s about communication, in case you haven’t thought about and being chill. As much as the passion might burn in you, calm yourself and don’t rush things or you might get disappointed. And communicate what you feel to be sure if what you’re doing is good and it has continuity. Though, if you ask me, I believe there is no good nor bad. It’s just a present who has to be lived without letting any past thoughts nor future thoughts interfere. It’s cool to think about the future, but the present’s actions we make and the decisions we take it will lead us to somewhere. If you establish that, you will get where you want, if you don’t, well don’t act like a sissy.

How to behave when having a crush? Some people don’t like that feeling of possession, of being possessed by anybody and I find that normal because we don’t belong to anybody, we’re not objects and if our own family doesn’t have that right on us, why should a stranger have? It just doesn’t make sense. Here is where people tend to mistake a lot. As I said before, some bad things might happen when you don’t control yourself in that moment when you feel the fire burning inside of you. When you fell in love you want to have all that affection for yourself because we are selfish when it comes to love. It’s normal. It’s the best feeling in the world, being loved and loving. It just fills your heart with a warm and cozy feeling that you don’t find it at any corner. And it’s hard to bond. Think about yourself, what would you like and what you wouldn’t from somebody to behave in your presence. Thinking about that, you should know what you shouldn’t do to a crush.

Be natural and do whatever you feel like doing in that precise moment. Don’t be afraid to express yourself, unless you are really a weirdo or the crush is or you aren’t that compatible as you thought you were and it’s fine, but don’t push things into going somewhere where it just ain’t room for them. If you wanna hang out, communicate that by inviting the person you want to join you.

In case you are scared of not boring that person, think about the reason why you could do that in the first instance. Maybe you are too harsh with yourself and you can give up to that thought anytime, but only if you want to. Have more confidence in yourself. There is nothing worse than being scared of something and not trusting yourself. If you don’t do that, who will? You’re the main person you should trust and be more present and less a dreamer if you want good things to happen. Let that person to think whatever it wants to think and mind your business, you aren’t here to please anybody but yourself.

Sometimes, it’s possible that you might bother the others with simple remarks because maybe they’re not feeling you, perhaps you are too mean, it doesn’t matter. Just act cool and don’t take anything personally or you’re going to ruin that chance to get laid haha.

The conclusion is that you should do whatever you feel like doing, what your instinct tells you, feed your soul with kindness and love and you will attract beautiful people and even inspire them into doing wonderful things. Do not overthink and leave things go natural on their path.