I do not even know how to begin. I cannot say my name because I do not want to be recognized by the other escorts but all I can say is that I am a professional escort from Edinburgh. I have been working as an escort since 2009 because I was a student and I had to pay for my studies. I wanted to be a runway model but I was not accepted because of my height. Whatever…
I reoriented and I decided to try my luck and become an escort. After all, escorts are like models, they get paid for their beauty, charm and company.For 3 years, everything had been a dream. I met influent men from different fields who needed me for different purposes: business meetings, reunions, parties, etc. I decided to work both incall and outcall and by doing this I had the chance to visit the most beautiful places in the world, from China to Italy. My life was a dream. All my clients were very generous and offered me expensive gifts, jewelries and clothes. I was treated like a queen. What more could a sophisticated woman want?

One day, a year ago, I was contacted by a new client. He wanted to meet me in France, where he lived. I enjoyed the idea of visiting France so I asked for more details. He said he was very lonely since his wife left him and he needed somebody (a beautiful woman, of course) to make him forget. Nothing easier! For me, these kinds of reasons were the best ones because I did not have a dress code or any rules to obey. However, a week seemed a little too long so I accepted to stay only four days. Said and done! He paid for my round-trip ticket and so I arrived in France. 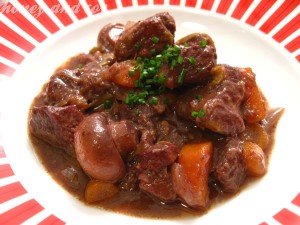 Pierre (this was his name) waited for me at the airport. He was hilarioussss! He was 48 years-old (he was older than even my father!), he had a long beard, a hard fat belly, some ugly scarfs on the face and some missing teeth. He was horror! However, I never judged somebody by the way he looked so as long as he was still generous, I did not see the problem. After we became acquainted, he took me at a French restaurant because I was starving. He ordered some Boeuf bourguignon, a traditional dish, while I WANTED to order some spicy chicken wings and fries. I highlighted the word ‘wanted’ because he, Pierre, insisted to order the same as him. After I refused him several times, he started pounding the table with his fist and he asked me very unfriendly to try the traditional dish food. I was shocked!!! I did not even know how to react because I did not understand his reaction. Whatever, I ordered what he wanted and the dish was delicious but I was not so trustful anymore, I started being afraid.

After we left the restaurant, I kindly asked for an explanation and the only thing he said about his reaction was that he really wanted to make me taste the traditional dish. He said that Boeuf bourguignon was his and his wife’s favorite dish. Weird…We arrived at his apartment, where I tried to know him better.

I started asking questions about him and his wife and everything was ok. However, from time to time he had these strange reactions which I did not understand. The meeting was not as I expected. We were complete strangers, he was very different from my other clients and I was beginning to be afraid by minute.
The second day, Pierre woke me up and made me breakfast. He was gentler than the previous day and he even asked me for apologies. I was amazed once more but at least I felt secured again. After breakfast, Pierre took me at his friend’s apartment where we spent about two hours. After two hours, two other men arrived. 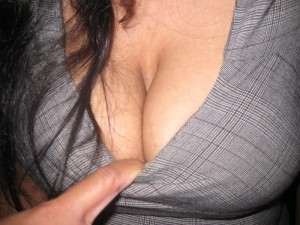 They began speaking French and looking at me very strangely. One of them sat next to me and started touching my boobs. I was frightened! He was as ugly and as old as Pierre but he was strong. I tried to walk away but he did not leave me. I started crying and I asked Pierre to do something. All that he said was ‘shut up and enjoy it’. I was finally able to escape at night. When Pierre tried to take me back to his place I hit him hard and I ran away. I was afraid to call the police even if I worked legally. I went back to Scotland very fast leaving my clothes, my phones and everything I had behind. For 3 months I have been traumatized! I stopped working as an escort and talking with my friends. I did not tell anybody what happened to me because I was very ashamed.

Nowadays I am still an escort. I managed to overcome that trauma and return to my old job. I do not work outcall anymore. The only place where I meet my clients is home, in Edinburgh, at my address, where I can feel safe. Since then, nothing bad had happened to me and I always take many precautionary measures. However, I will never forget what happened to me in France…